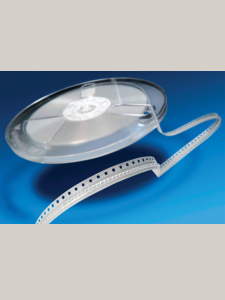 One Piece Board Level Shields

The following are a few common characteristics of Snapshot® EMI/RFI shields, making them a popular choice for industrial applications.

At XGR Technologies, we understand that every project is different, so our experts work closely with clients to understand their requirements. In the process, they answer several questions. This section comprises some common and specific questions our experts tend to answer daily.

Electromagnetic interference (EMI) is a term for radiated or conducted electromagnetic fields produced by an electronic device. There are three components of an EMI- the receiver, the source, and path. Here, the source is the external phenomenon or the circuit, which creates the interference. The victim or the receiver is the device or signal affected by the interference. The coupling occurs through the path in any of the four modes – conductive, radiated, capacitive, and magnetic EMI.

EMI is the result of a close relationship between magnetism and electricity. Electricity produces a small magnetic field and vice versa. The electrical conductors can act as radio antennas. When high-powered radio and electrical sources are operated, they produce interferences. As the devices have become more complex, smaller, and denser than earlier ones, they have become vulnerable and susceptible to EMI. This interference can be induced naturally by auroras, lightning, solar flares, or cosmic microwave or through circuits such as cellular networks, power transmission lines, AM/FM radio waves, control devices, etc.

EMIs are distinguished into the following types:

Radiofrequency interference (RFI) is a subset of EMI and is used to refer to the electromagnetic fields produced at high radio frequencies. These electromagnetic fields produce noise, which interferes with the functioning of the adjacent devices. Radio frequency interference is produced by most electrical and electronic devices such as industrial controls, switching power relays, medical instrumentation, personal computers and laptops, printers, and many such devices. As RFI has the potential to interfere with many working devices, government agencies have established norms concerning them. This makes EMI/RF shielding important.

The EMI/RF shielding effectiveness is measured in any of the following ways:

EMI shielding is created using the following types of materials:

The following are a few common materials used for creating RF shields:

The following are a few common types of RF shielding:

We have delivered customized EMI/RF shields for the following electronics applications:

EMI/RF shielding is important for all types of PCBs. These PCBs differ in sizes, shapes, and materials. Designing an effective EMI/RFI shield requires much consideration as it has to shield EMI/RF from affecting the PCB and its components. At XGR Technologies, we are experienced and can handle shield design effectively. Our design and manufacturing experts will support you throughout the process - from ideation to implementation - to ensure the shield is built to exact specifications. Our flexible EMI/RF shielding solutions have been successfully installed in many industrial applications. Are you interested to know more about our EMI/RF shielding solutions? If that sounds yes, feel free to contact our experts today.

Need Help With EMI Shielding Solutions?
We Are Experts!